Matt Kohr’s perspective tutorial at CtrlPaint.com (available for $10 in his store) came along at the right time. As I continue to ponder a re-imagined comic strip, I know I want to make my environments less flat and more cinematic, and that’s all about drawing in perspective.

What makes this tutorial stand out is that it focuses on sketching, rather than careful measuring and 100% accuracy. Kohr demonstrates how to quickly create a perspective grid (and even includes some simple but ingenious Photoshop templates), and then use that grid to draw simple shapes and objects in perspective. Following that, he shows you how to add additional elements in perspective using projection. For instance, the crude figures in my scene here are the same height. I drew the guy on the right first, then drew lines in perspective to the outer edge of the sidewalk, then followed the grid to the foreground of the drawing. 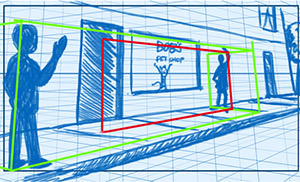 If I wanted to put a 3rd dude between them, in roughly the center of the sidewalk, I could do another projection like the one seen in red, then make sure his height matched the height of the plane.

Anyway, Kohr explains it a lot better than I can, but the upshot is that it’s a quick and simple method to achieve believable perspective. For the level of cartooning I’m envisioning, I can use this method to draw some key elements, then freehand/eyeball the rest. I’ll probably buy his follow-up tutorial at some point to see what his approach is. 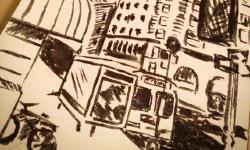 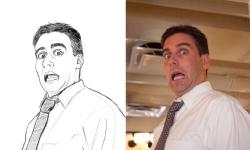 At Last, A Day Off from Work…Guess I’ll Draw My Boss 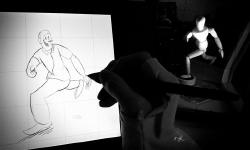 So What If I’m Playing With Dolls? 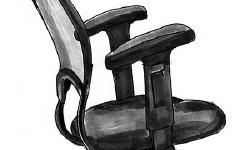 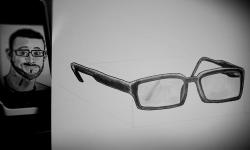 3D Glasses are Just a Fad