No, I’m not being redundant; I’ve entered the phase known as “first painting.” Yesterday I did “dead coloring,” or filling in the cartoon (yup, the line drawing is called the cartoon) with flat, average shades. In this picture, the hair is still at that stage.

The idea of first painting is to start to give form and depth by adding different tones. After a rocky start, the instructor helped me mix the right colors for her face, and I think I made some decent progress after that.

Tomorrow I’ll finish the face and move on to the hair. I think a lot of us are worried that we won’t have enough time for second painting, where you add a lot of the detail and finishing touches, but unlike several of them, I’m not really fretting about it. No matter what, it’ll be the best oil painting I’ve done in my life! 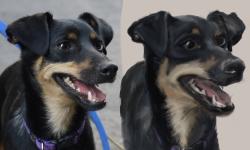 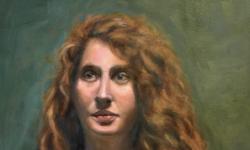 It’s All Over But The Drying 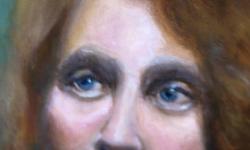 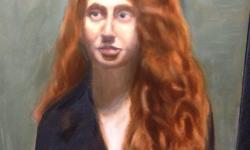 First Painting: And It Shows 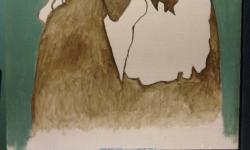