Just another pen test, but back on the tablet. I bought a set of digital brushes for Manga Studio 5. They were created by an artist named Ray Frenden who takes a lot of pride in creating brushes that mimic the feel of real-life tools when using a digitizer tablet. For instance, when using his “stiff nib,” you should feel like you’re applying the same amount of pressure as you would when creating a similar line with a real pen. It’s not an exact science, but they definitely work better than the default brushes. I would have spent hours on my own inferior attempts at brushes like these, so $5 is a steal. 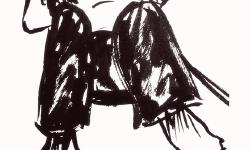 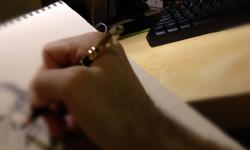 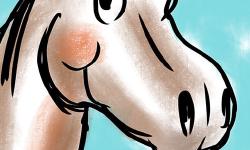 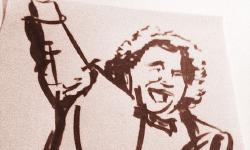 And The Award For Laziest Wannabe Cartoonist Goes To… 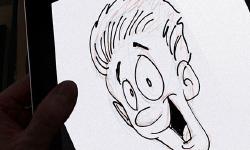